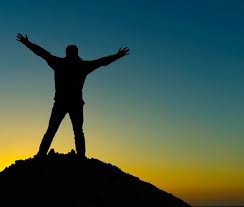 A second Adam walked the earth

It is my favorite line of the song

It speaks of beautiful hope

That man shall live and not die

You see, Adam of Eden was elite

He was the epitome of God’s creation

God imagined himself in him

“In our own image,” He said

He made him to mirror perfection

And planted a garden in the east

He placed him there, heaven on earth

Then he gave Adam, Eve from within

And the two became one, flesh

Adam the first, did not last

He hearkened to deceit, to evil’s snare

And there was placed a cherubim

What death had the power to do, it did

As sure as death, the imminent end of man

Creation had to turn to the one

The ultimate, the truth, saying, “Hear us Lord!”

A longing for redemption

Whose blameless life would break the curse

Whose death would set us free

To live with Him eternally

What Adam of Eden made us miss

Adam of heaven gave us free

When He renews the land and sky

All heaven will sing and earth reply

With one resplendent theme: the glory of our Lord and King

One thought on “Two Adams”

Everyday life God's grace and me Life in Norway Uncategorized

I AM NYAR OKUNGU AND THIS IS MY STORY

To know God & to make Him known

My Time in His Hands
My African Eyes

Accounts of Life through the eyes of a young Kenyan lady that hopes to inspire, educate and grow With her audience and readers! I say karibu sana. welcome!

To write for God's glory